May 16th was a day full of inspiring digital women. Ohio State University’s Innovate Conference. Innovate builds a community of educators, administrators and thought leaders from Ohio State University and beyond to share, explore and discuss technology-fueled approaches that advance teaching and learning. 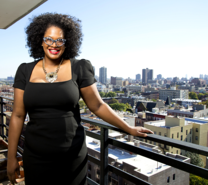 This year’s keynote speaker was Kathryn Finney, founder and Managing Director of digitalundivided, a social enterprise that fosters economic growth through the empowerment of Black and Latina women entrepreneurs using innovation as a tool.

She is also a General Partner in the Harriet Fund, the first pre-seed venture fund focused on investing in high potential Black and Latina women-led startups and the co-founder of the Harriet Angels Syndicate, an angel investment syndicate focused on providing the “first” investment to exceptional Black and Latina women founders. Over 50% of Harriet Angels are Black women who are new Angel investors.

This week’s guest is very similar to Kathryn in that she is creating a conversation in the digital marketing and sales industry around equality for women.

About Our Guest – Alaina Shearer, Found and CEO of Women in Digital 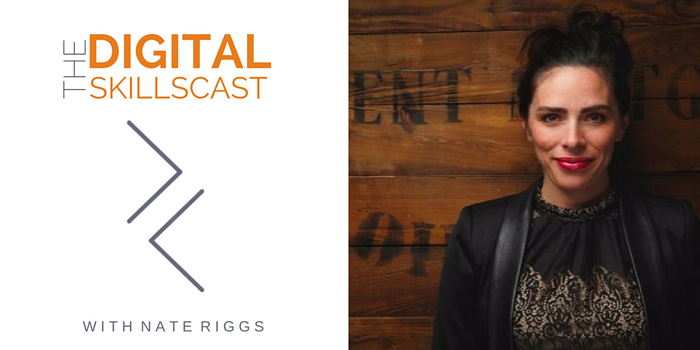 Alaina Shearer is no stranger to using the internet and events to impact women. She began blogging in 2007 as a  hobby at night while she worked as a senior interactive copywriter during the day. This was the beginning of the digital transformation and a tremendous time in Alaina’s eyes and digital hooked her completely.

Alaina couldn’t find the advice and help that she sought through other single mom bloggers – they weren’t as vulnerable as she needed them to be. Starting on a WordPress theme, Alaina had about one hundred views per post and they continued to grow for several years, eventually amounting to 30,000 readers a month.

After facing some discrimination at the agency, Alaina decided that it was time to part ways and become a full-time blogger and create her own agency. Because Alaina was unsure of how to make the income from the blog last while she built the agency, she wrote an ebook and created a piece of jewelry for her readers to wear to connect the members of the community.

She let the readers design the jewelry but had one thing she wanted to be involved in the design – a leaf to signify a new chapter. She bought the material and handmade the necklaces herself. After selling 300 necklaces, Alaina credits the necklace and her readers for the funding she used to get Cement Marketing off the ground. This moment is when content strategy really set into Alaina and how we can use the internet to create whatever we want with our audience.

The Growth of a Female CEO & Digital Marketing Leader

Cement Marketing is now one of the leading digital agencies in the Midwest servicing national and local accounts in everything from digital to branding.

Alaina built Cement in 2009 after leaving an agency where her creative director once said “I don’t if I can be alone in a room with you because I don’t know what will happen,” among other crude, disrespectful things. Instead of firing him, however, the agency just tried to move Alaina to another department.

Alaina went out and began building Cement Marketing on her own, boasting her amazing experience and her number one ranking in the world for “How to Date a Single Mom.” Through all of this, having men in the room for a new business pitch changed things for Alaina and claims that she denied that flat out sexism existed to her at that point.

Alaina has since built her own agency and watched it grow and has noticed the dynamics between the sexes at an agency. She watches like a hawk, looking for anything remotely out of line, and she is on top of it all.

Leading the Conversation for Women in Digital

Today, Alaina leads
Women In Digital, which she says is the most inspiring and empowering professional experience of her career so far.

Some earlier studies estimated that only 3% of creative directors are women at agencies. That number is now up to 11% thanks to the 3 Percent Conference and the attention it brought in addition to the press that advertisers are putting on agencies to diversify their rank. Whether you are in advertising or communications, you are in digital. This expands the umbrella of audience for Alaina and finding exact numbers on the leadership roles of women is difficult.

But she can still see that there is a significant wage gap, even down to the granular level, and the discrepancy is 3-5%. Generally speaking, women are making 17-20% less than men, which Glassdoor attributes to women holding less valued positions.

The New York Times says that women are making less because they are still taking care of the kids at home and keeping up with the housework. It says that women tend to be the one in the couple to take a step back to bear those burdens.

The goal within the industry is to tackle this one issue individual woman at a time. This one woman will take her new knowledge and awareness of the sexism that exists in her daily life and apply it to her team and/or organization.

Women in Digital: Conferences and Events 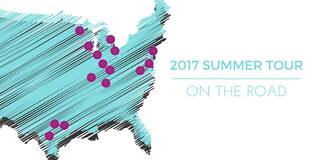 Women in Digital kicked off their summer tour in Austin, Texas on May 23rd, and is followed by fourteen more cities within four weeks.

There are monthly meetups in each chapter city and quarterly meetings that are open to non-members and a national conference in October, here in Columbus.

Last year’s conference was sold out. Unlike last year, there won’t be any “Digital Dude” Awards (our very own Nate Riggs was honored as one at last year’s conference). Instead, 4 % of tickets will go to men. This number represents the amount of women that are CEOs of Fortune 500 companies. This amounts to 34 seats out of 900 and is just a reminder of how much women have to overcome.

The national conference is the only event that men are allowed into. This is one of the two key ingredients to create the energy and safe space for women to be themselves and not worry about ulterior motives of other men in the room. 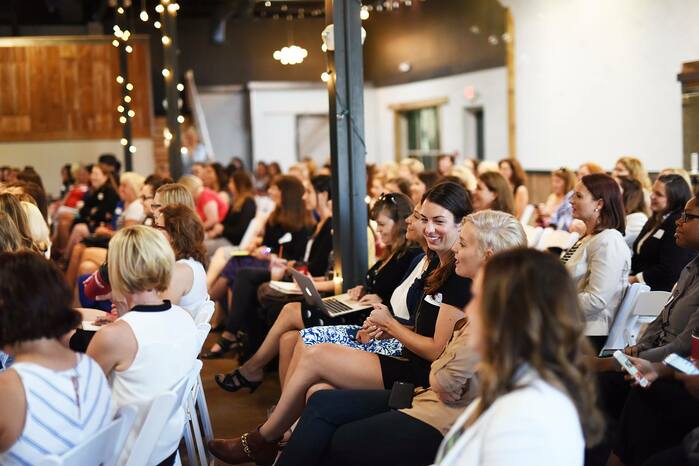 Women tend to compete against each other – it’s almost instinctual.

Looking back at the 1980s and one role model for women entering the workforce was the movie Working Girl, with Melanie Griffith and Sigourney Weaver. For a lot of women, it seemed that if they went to work, their female boss would be a terrible and wicked person. That’s obviously not it at all.

The Women in Digital have an “ask and give” program. They ask for favors and grant favors. As a member, you have to do twelve of each a year. It makes it socially acceptable for women to ask for help – something that women feel somewhat uncomfortable doing. Members must commit to the following pledge: 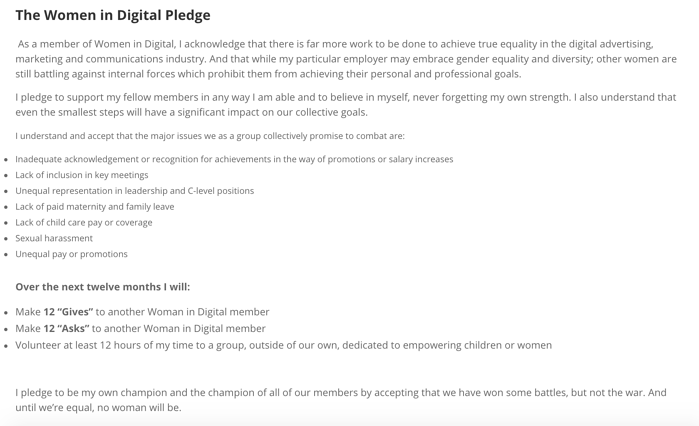 Alaina says that women need to regroup, have time to themselves, and empower each other. After Women in Digital events, the men in the office will see a noticeable difference. There are so many levels that women have to climb at work: how they communicate or how they present themselves when trying to get a promotion or raise.

After having countless conversations, Alaina said that she feels that she has talked to the same person almost every time. “All the women are going through the same thing, not harassment, but discrimination. It’s distracting and it makes women feel like they’re crazy,” says Shearer. 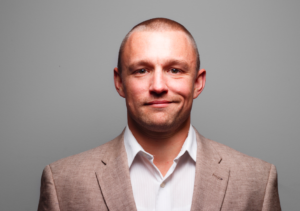 DOYO Live is a digital marketing and interactive design conference dedicated to the ongoing professional development of marketing, sales, business and design professionals. We accomplish this through our online marketing efforts, in-person workshops and annual marketing conference in Youngstown, Ohio.

DOYO Live was founded by Dennis Schiraldi, the event sold out in year-1 with over 200+ attendees—and we are anticipating the same this year.

DOYO Live is located in Youngstown, Ohio will be held on August 2 & 3, 2017. Early bird tickets are currently on sale for $150, but those prices will not last. We are expanding our conference in 2017 to have 2-hour deep-dive workshops on Day-1, August 2 and Day-2, our all-day conference on August 3.

Attendees can attend workshops only, conference only or get an all-inclusive pass to both events! Don’t miss out!