Our good friends at Ohio Inbound Marketing Day wanted us to pass this along. Their event his year is going to be headlined by March Sheridan, The Sales Lion. This dude is amazing, if you don’t know his work check it out. I continued to be amazed by the efforts of different groups around the State of Ohio, that are pulling together marketing events. Right here in our home state, that pretty rival anywhere else in the country. Maybe a humble brag for DOYO, but it’s very cool.

If you are interested in attending Ohio Inbound Day, use the promo code – DOYOLiveLove and save $50 on registration. Nate Riggs, CEO, NR Media Group and his team are putting on a talent deep rich marketing conference in December and wanted us to personally pass this on. Nate and his team spoke at DOYO Live in 2016, which was headlined by Joe Pulizzi, Nate Riggs, 16 breakout sessions, workshops and a now legendary after party. Be sure to check out OIMD16, it’s going to be great! 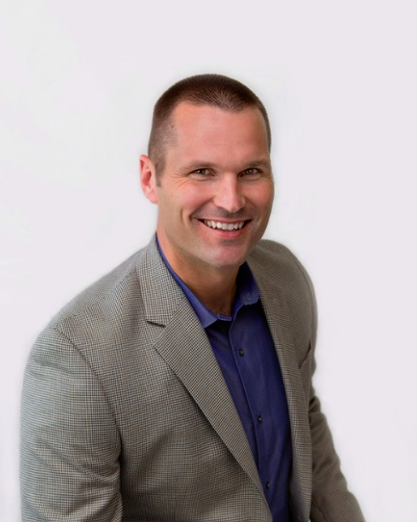 Called a “web marketing guru” by the New York Times, the story of how Marcus Sheridan was able to save River Pools and Spas from the economic crash of 2008, is one that has been shared worldwide.

Since this achievement, Marcus has become a highly sought after keynote speaker and consultant in the digital sales and marketing space. He has worked with hundreds of business and brands in a rapidly evolving marketplace and because of his consultant experiences, this has served to make Marcus one of the most trusted industry experts today.

Marcus has promised to bring his experiences with him to #OIMD16. As both an expert in content and inbound marketing, Marcus will be sharing stories of success and highlighting how great content has the potential to be the best sales tool in the world.

Learn more about Marcus and what he will be covering during his session in the below interview!

Are you a sales or marketing professional in or around Ohio? Then you won’t want to miss the second annual Ohio Inbound Marketing Day! We have an amazing lineup of locally and nationally-acclaimed speakers who will be covering a variety of topics all devoted to helping companies and brands alike, grow.

How to Monetize Your Personal Brand and the Future of Employment with #AskG... Dramatically Increase Marketing & Sales Team Effectiveness
Scroll to top

This site uses cookies. By continuing to browse the site, you are agreeing to our use of cookies.

We may request cookies to be set on your device. We use cookies to let us know when you visit our websites, how you interact with us, to enrich your user experience, and to customize your relationship with our website.

Click on the different category headings to find out more. You can also change some of your preferences. Note that blocking some types of cookies may impact your experience on our websites and the services we are able to offer.

These cookies are strictly necessary to provide you with services available through our website and to use some of its features.

Because these cookies are strictly necessary to deliver the website, refuseing them will have impact how our site functions. You always can block or delete cookies by changing your browser settings and force blocking all cookies on this website. But this will always prompt you to accept/refuse cookies when revisiting our site.

We fully respect if you want to refuse cookies but to avoid asking you again and again kindly allow us to store a cookie for that. You are free to opt out any time or opt in for other cookies to get a better experience. If you refuse cookies we will remove all set cookies in our domain.

We provide you with a list of stored cookies on your computer in our domain so you can check what we stored. Due to security reasons we are not able to show or modify cookies from other domains. You can check these in your browser security settings.

We also use different external services like Google Webfonts, Google Maps, and external Video providers. Since these providers may collect personal data like your IP address we allow you to block them here. Please be aware that this might heavily reduce the functionality and appearance of our site. Changes will take effect once you reload the page.